Ava’s Soccer Story began before she was even conceived. Her father had predestined that she would become a soccer star! Since she was about two years old, he has worked hard with her to achieve that goal. She just turned six years old but coaches and parents that see her play already say, “She’s going to be a star.” “She has an amazing future ahead.” Their jaws drop at her level of skill and some have even inquired about getting her autograph.

Birth to Age 3 – Introduction to Soccer

Some might say Ava was born (July 21, 2012) with a soccer ball at her feet. They aren’t far from the truth! Cue totally adorable [embarrassing] baby photo.

Ava started playing soccer in May 2014, with Lil Kickers. It was offered by Sports Connections in Charlotte, NC. They did lots of cute things like chase and pop bubbles, play with a parachute, and of course dribble and score goals. She really liked being the goalie, hehe.

Next, we registered her in Soccer Shots where she participated in multiple seasons (8 half-hour sessions) plus three, week-long summer camps. She started out with the Mini program (ages 2-3) and finished in the Classic (ages 3-5).

In the fall of 2016, she joined the Mini Kickers, now known as Tiny Tykes (ten 45-minute sessions). This program is offered by Challenger Sports in Jacksonville, NC. The coach’s help the kids “develop their balance, agility, coordination, color recognition, and numerical learning, along with increasing their confidence and social skills.” She had a lot of fun! Great program!

Ava was now old enough to participate in recreational soccer, where she had her first real game experiences. We had just moved and were not familiar with the recreation soccer options in the area. Therefore, Ava was registered with three different clubs to see what each was like. The resulting schedules were [obviously] conflicting but we made practices and games work the best we could. Sometimes we left one game 10 minutes early to make another etc.

We want Ava to gain as much practice/experience as possible. Being a part of three clubs allowed for that. If the practice was canceled for one team, she still had two more practices with other clubs that week. Our sole commitment was what was best for Ava, and less so her commitment to the teams – if that makes sense.

We opted for two clubs this season because Ava was starting Kindergarten. It was a good thing too because she practiced on Mon/Wed with New River and Tues/Thurs/Fri with Southwest. Many weekends she has three games, luckily with no conflicts.

JASA does not record scores at this level and they are co-ed.

Upon registering Ava, the Director of Southwest Soccer Club recommended that Ava play up in age. So instead of U6, play U7, which is in the Coastal Area Mini Soccer League. It would be an all-girls team, for score. After some discussion we agreed to do this, with the option for her to go back to U6 should it not work out.

This season was very difficult for Ava, but it was an extremely important learning experience. In part, it was difficult because her father – trainer and mentor – was away for the entire season due to work. The girls were also bigger and faster; she had only just turned 5. She managed to score several goals in the first two games but quickly lost her confidence after repeated losses.

The team did not win a single game. She was the only one to score any goals the entire season. Ava did not score another goal until the Semi-Final in the season-end tournament. What a goal it was, too! The parents were screaming with excitement; it was a beautiful moment. 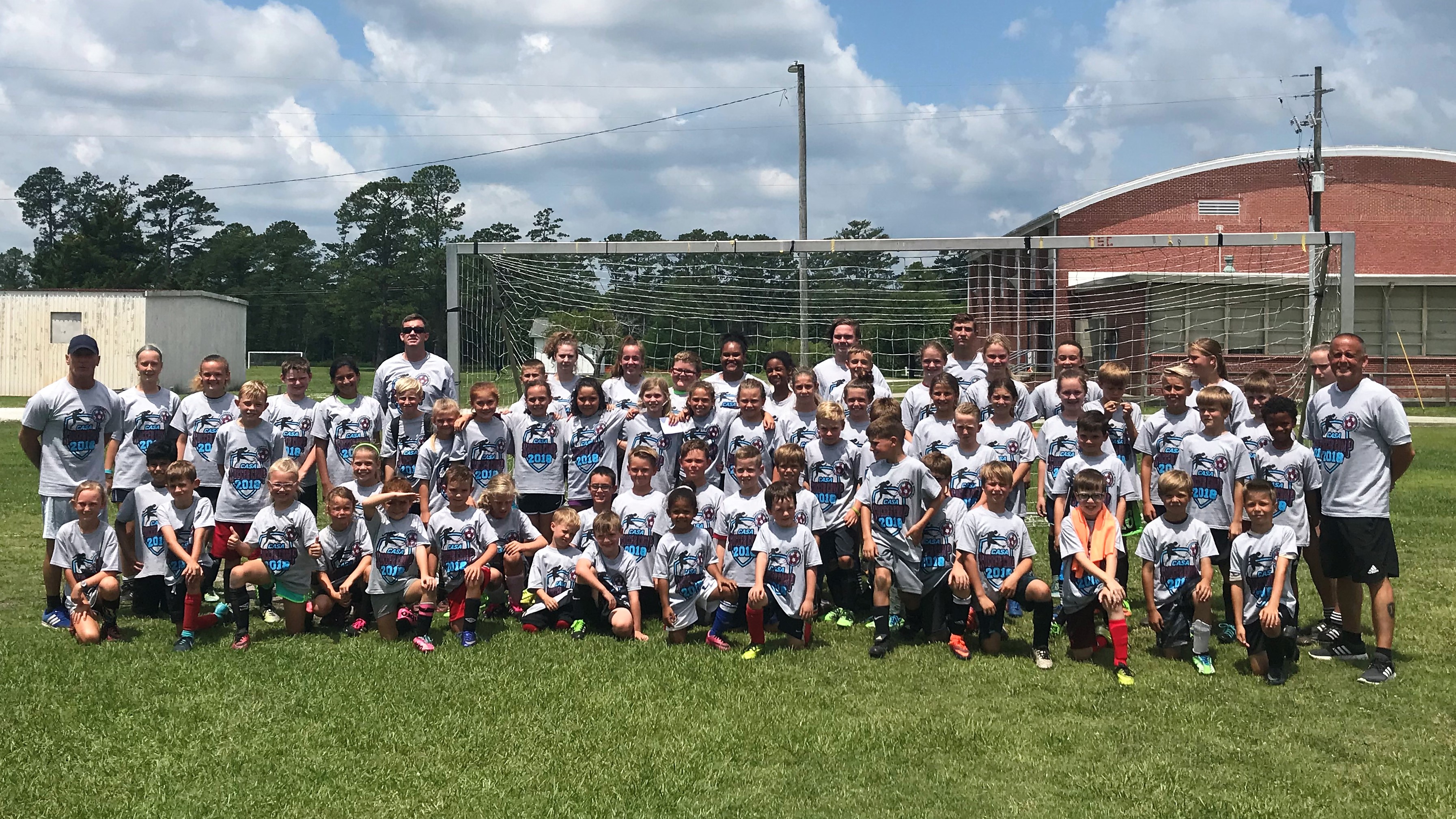 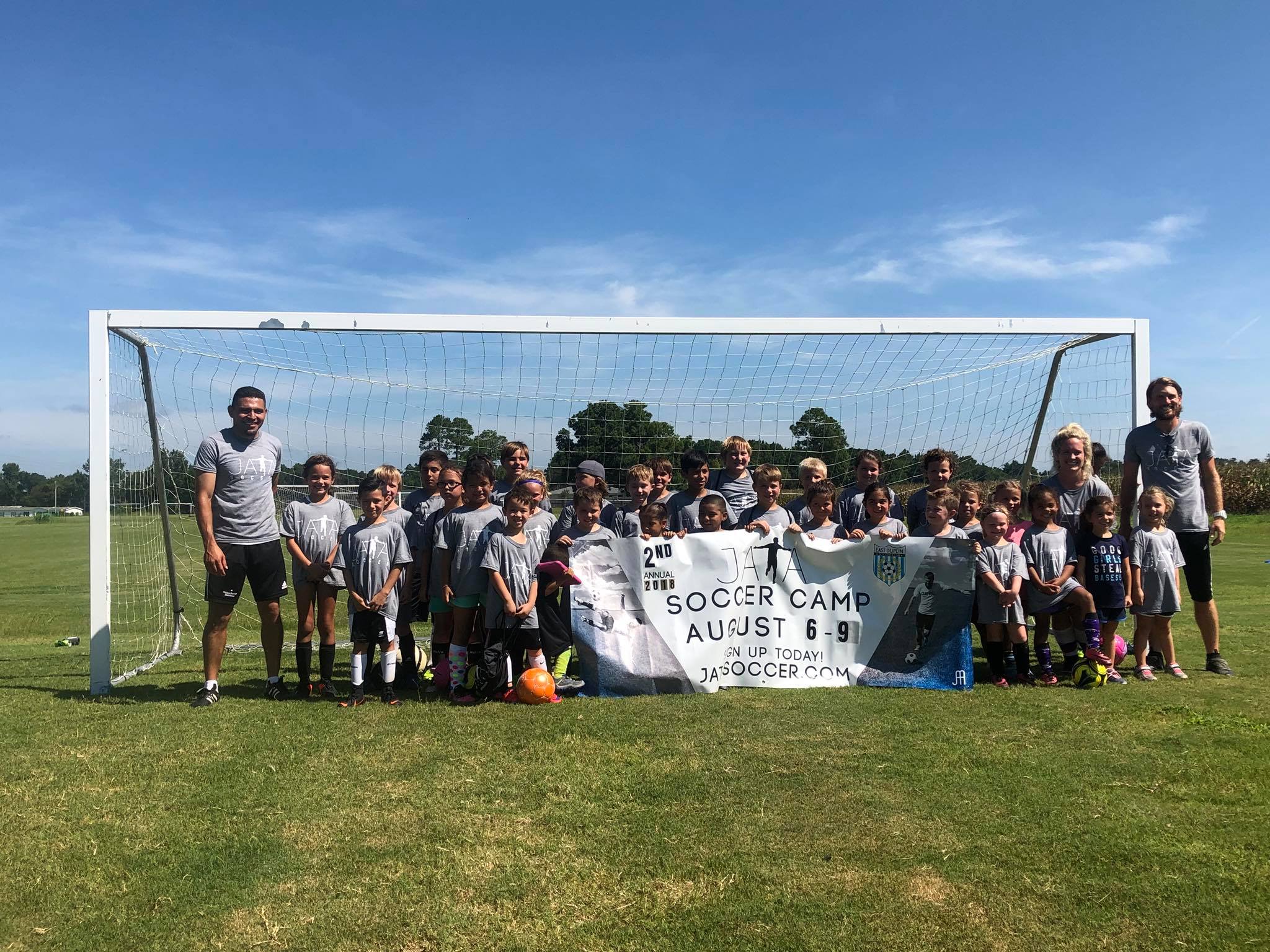 We registered with two clubs for the fall season.

Chidi and I were asked to coach Ava’s Southwest team, we agreed. The Lady Rockets ended the season undefeated with Ava scoring 60+ goals in about 10 games. The team was awarded their Championship medals after coming in first place in the November 3rd, 2018 CAMSL tournament.

Watch the live video of the final game on Facebook here: Part I, Part II, as well as the medal ceremony here. Be sure to check out the Season Highlights video here. 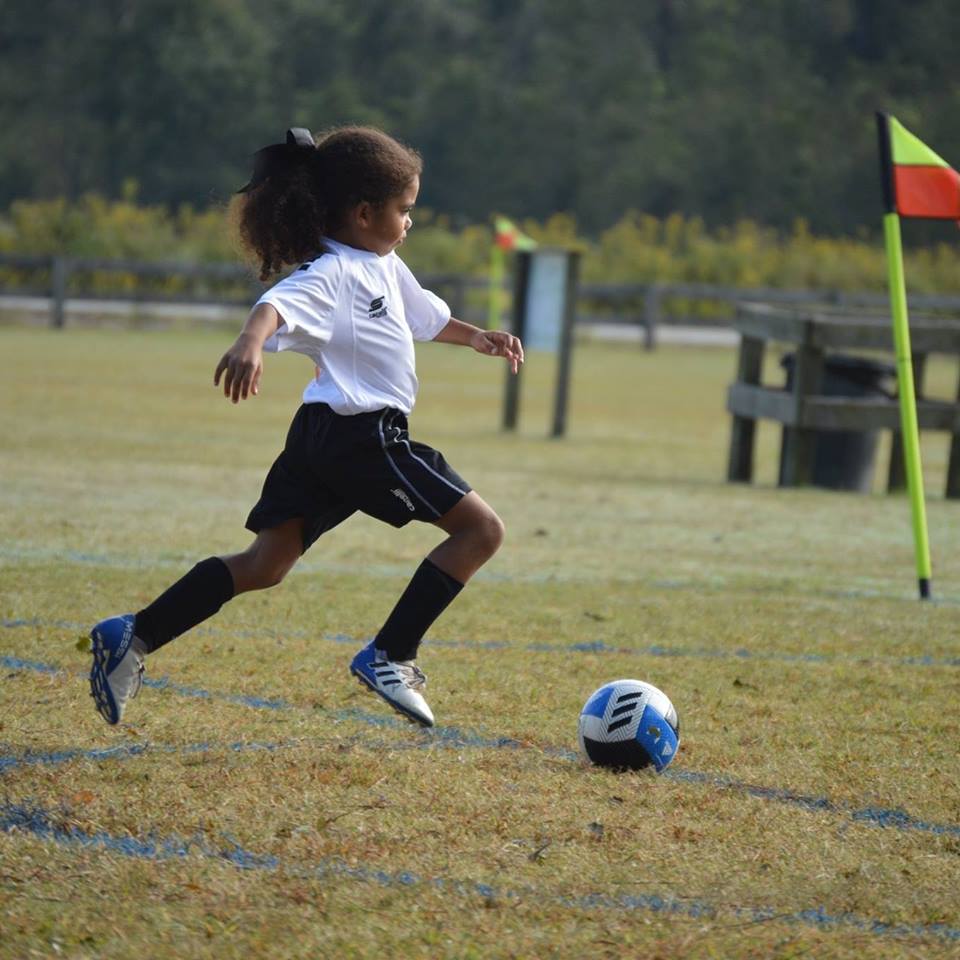 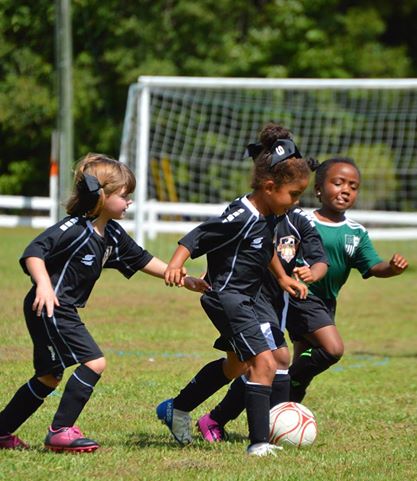 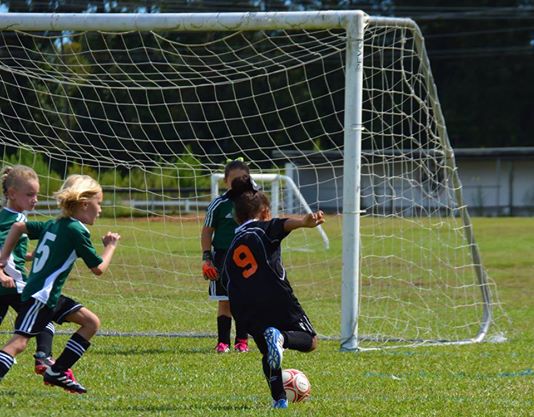 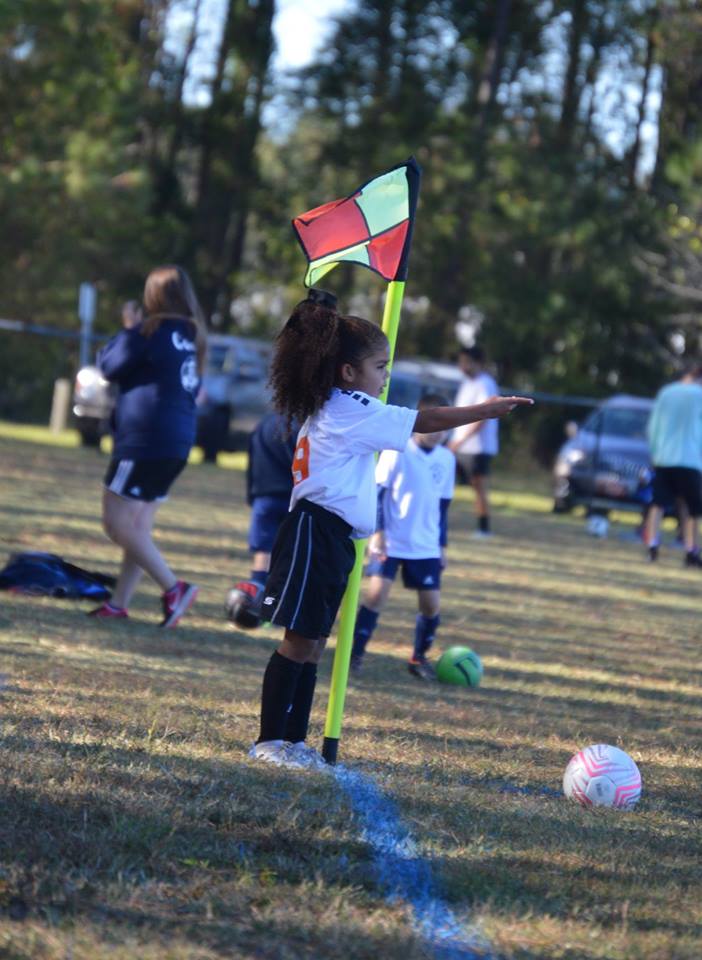 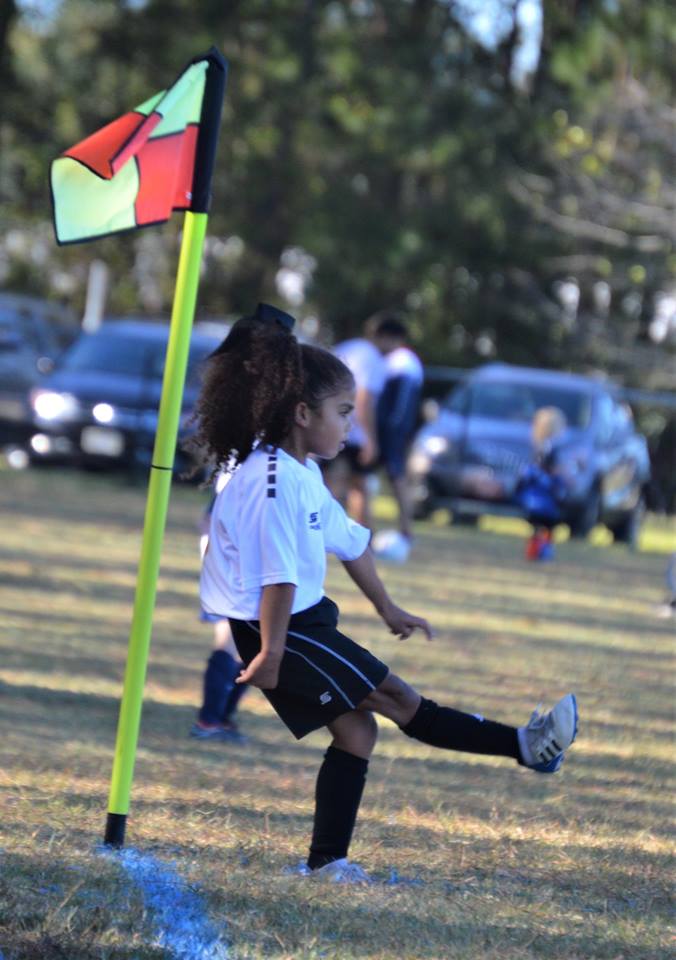 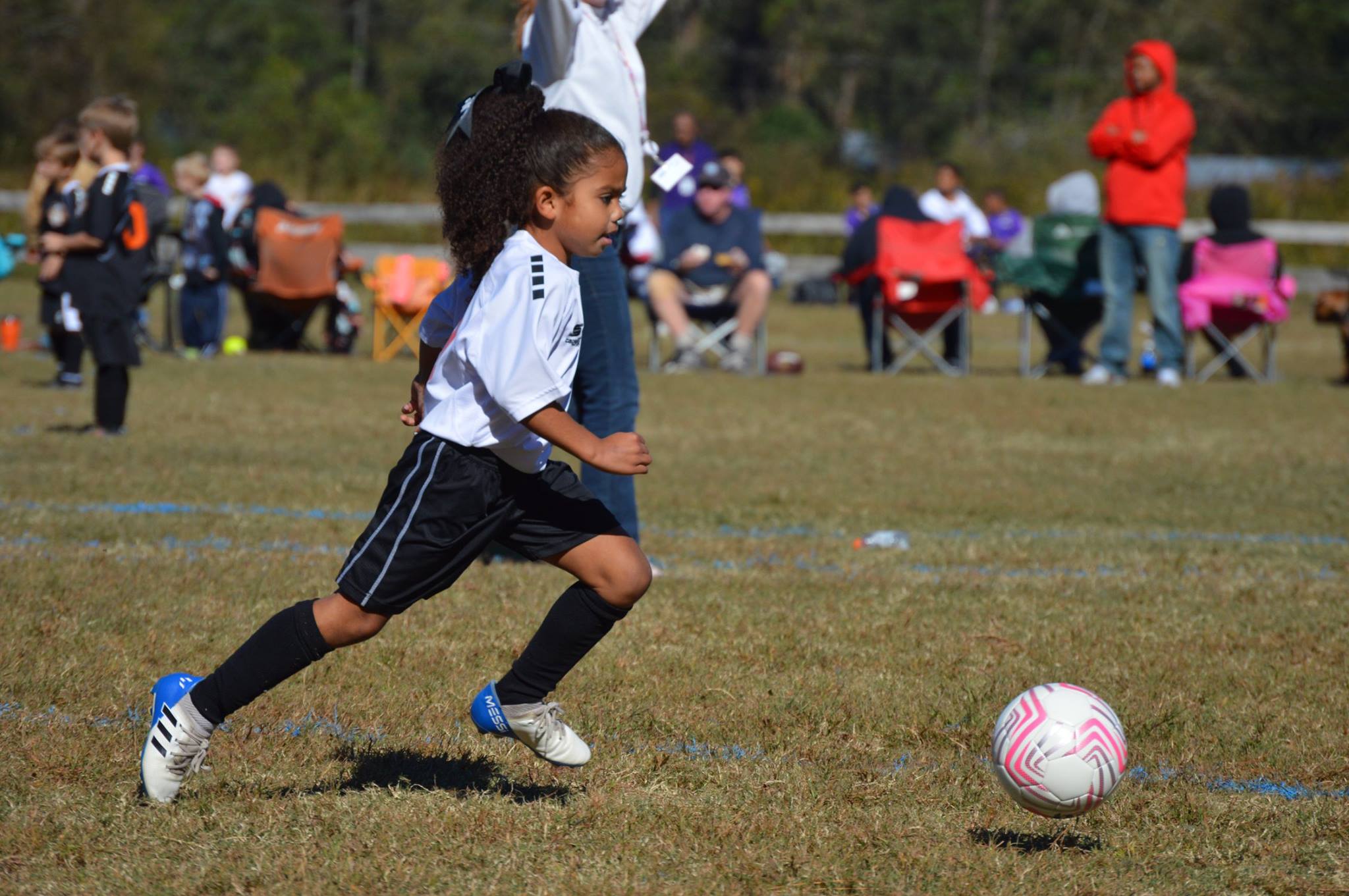 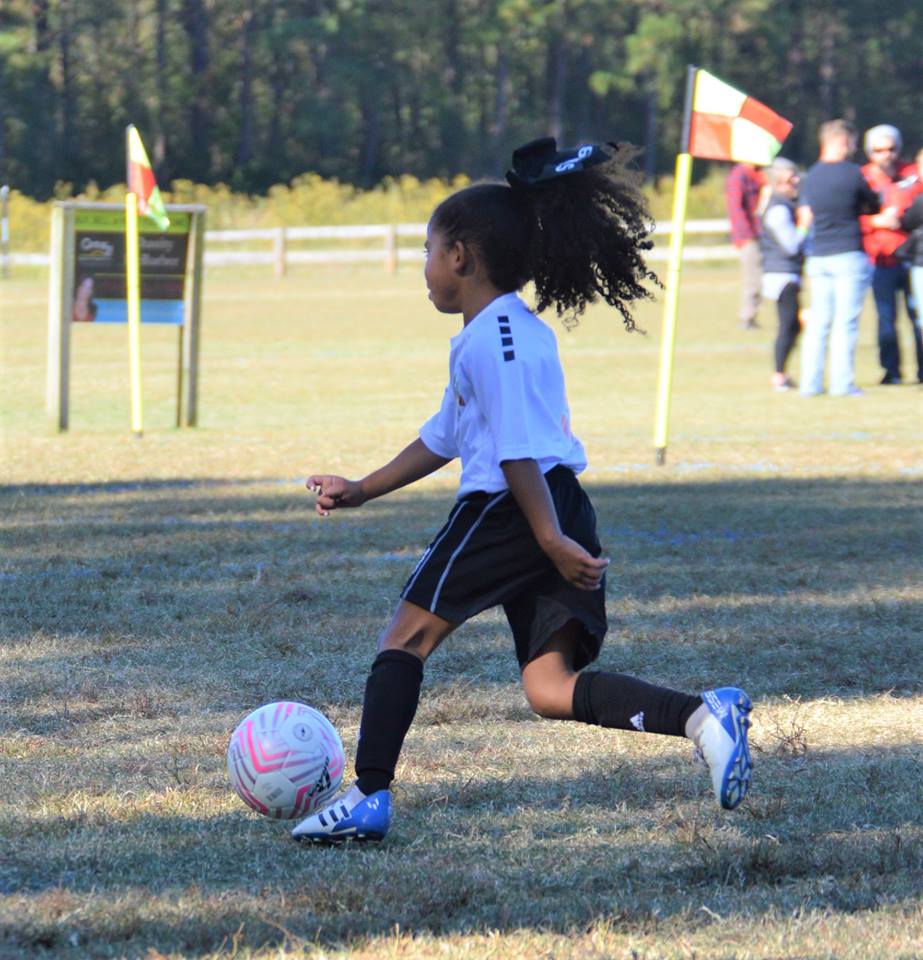 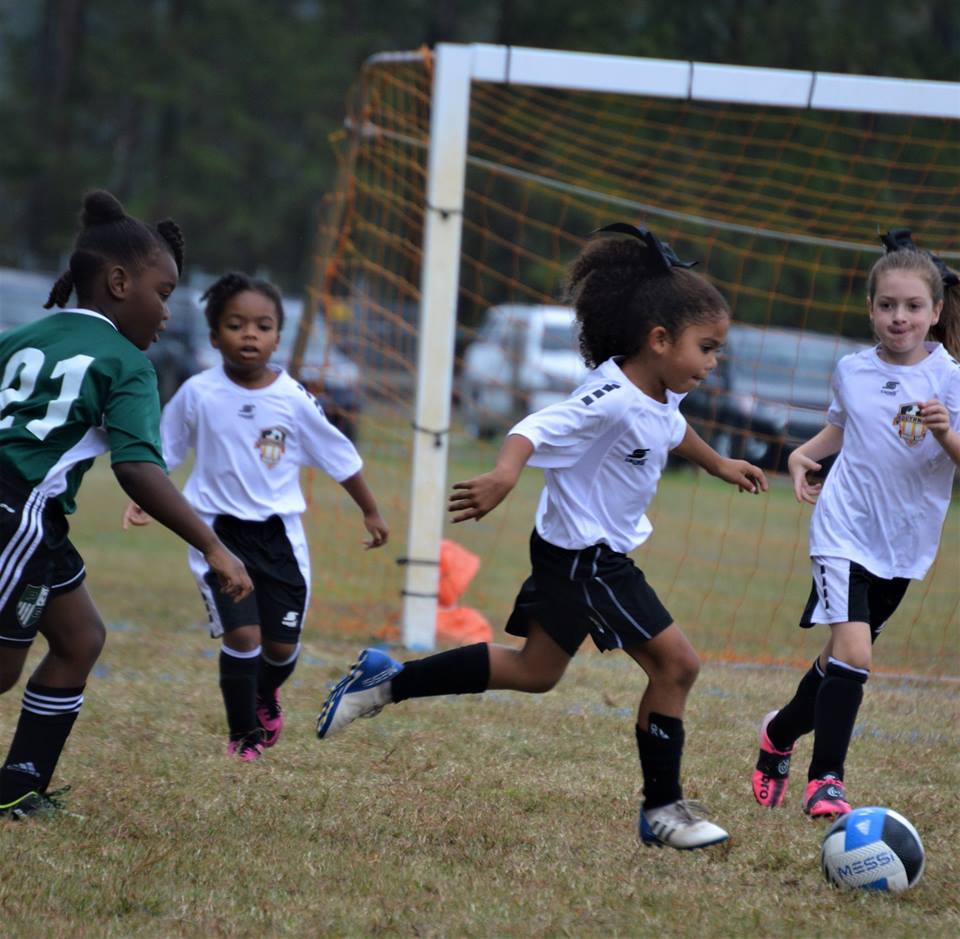 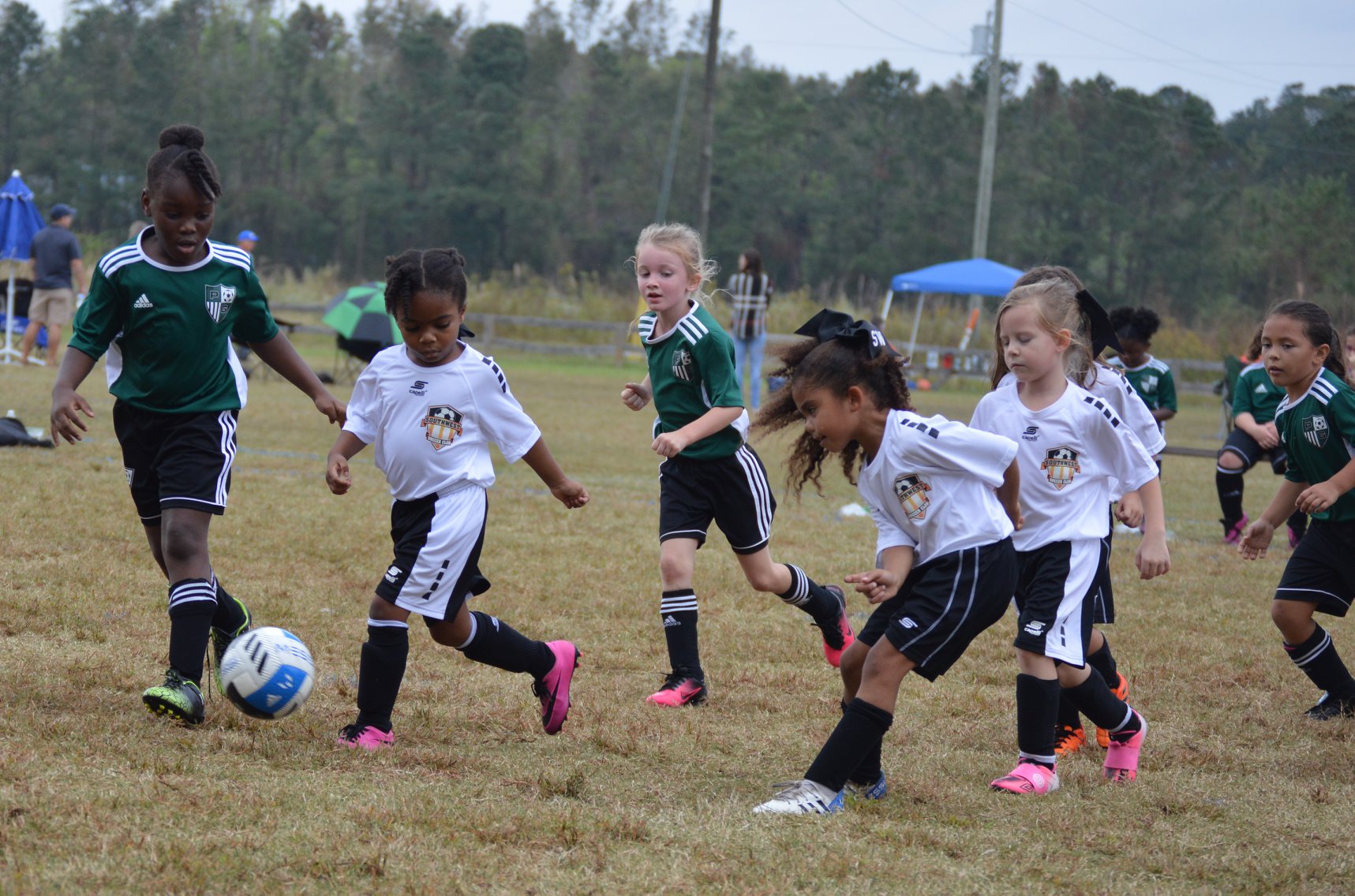 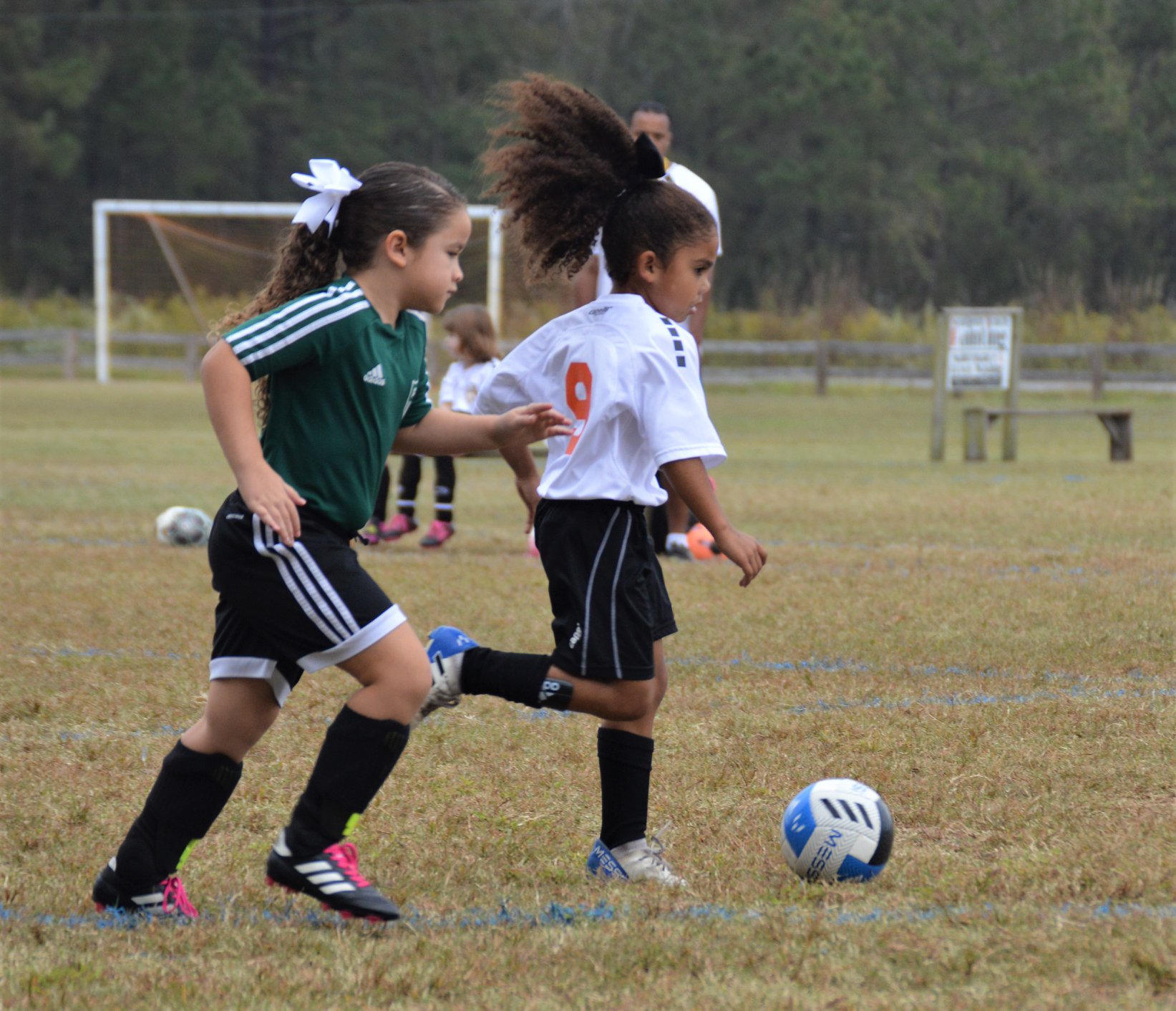 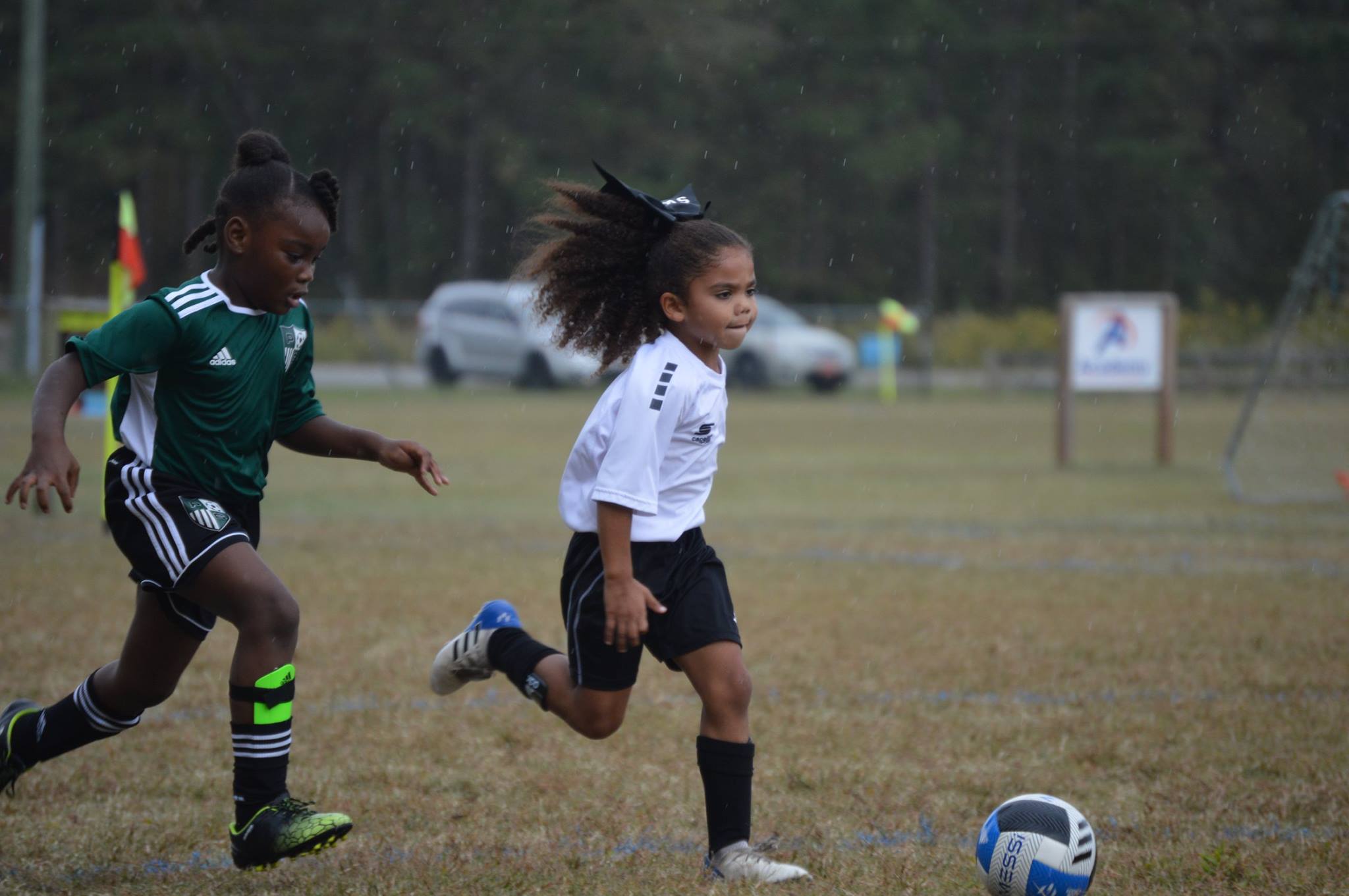 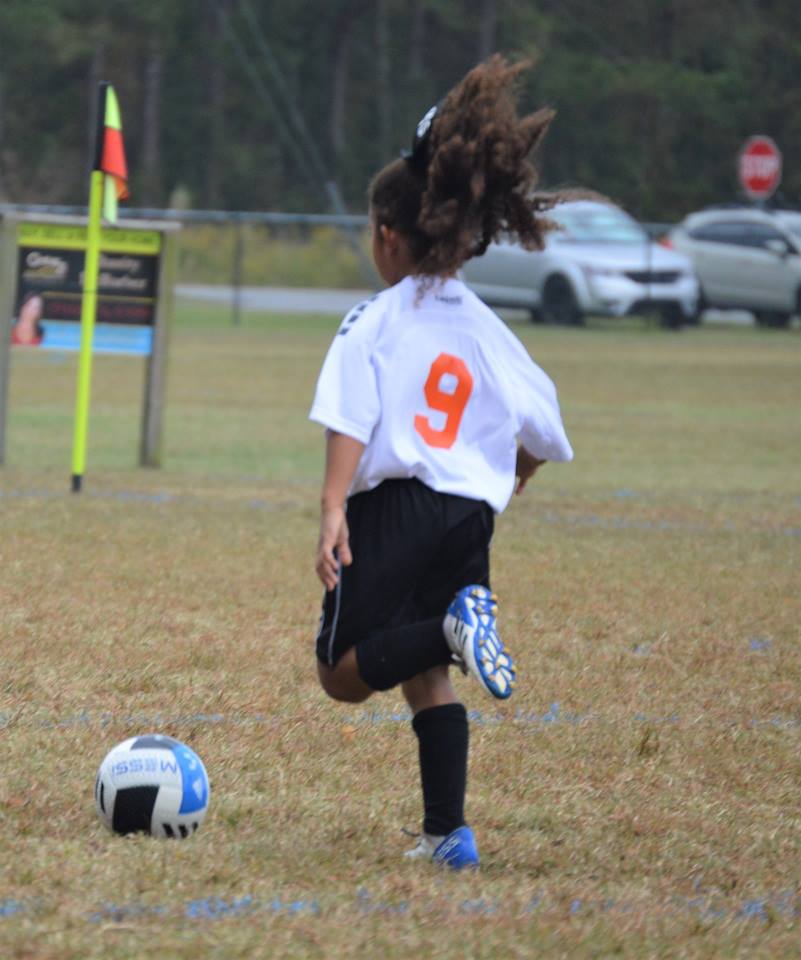 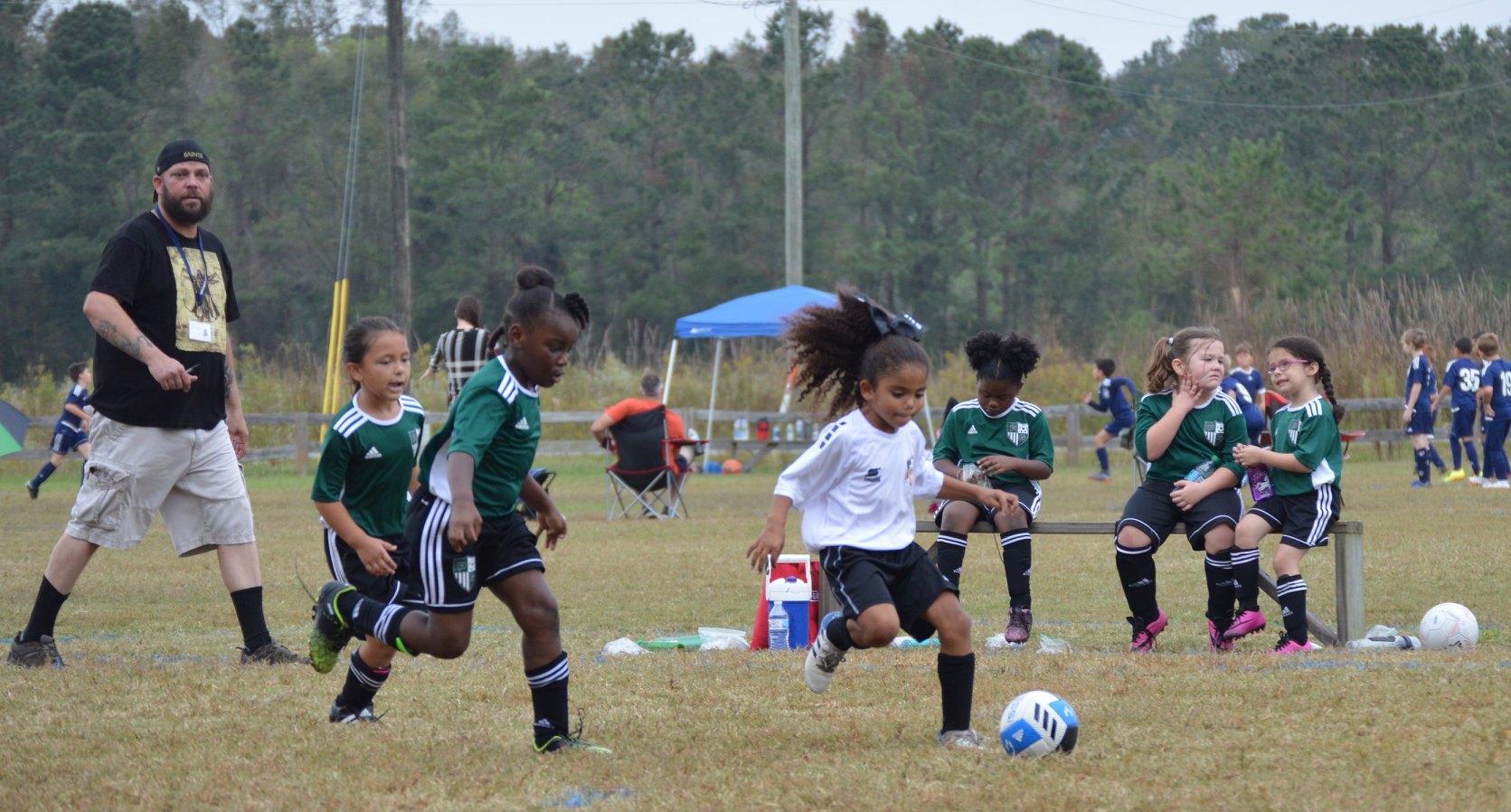 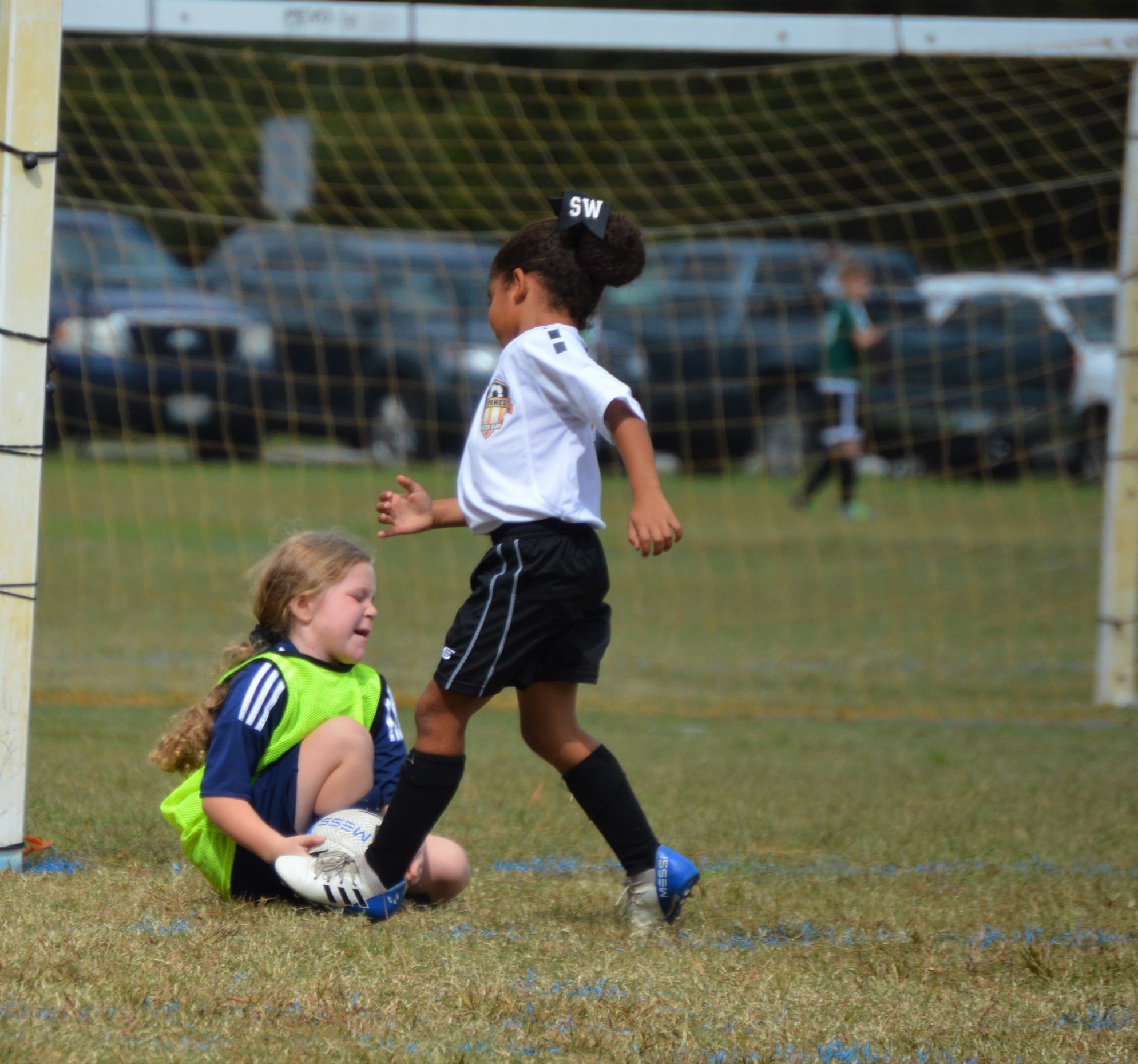 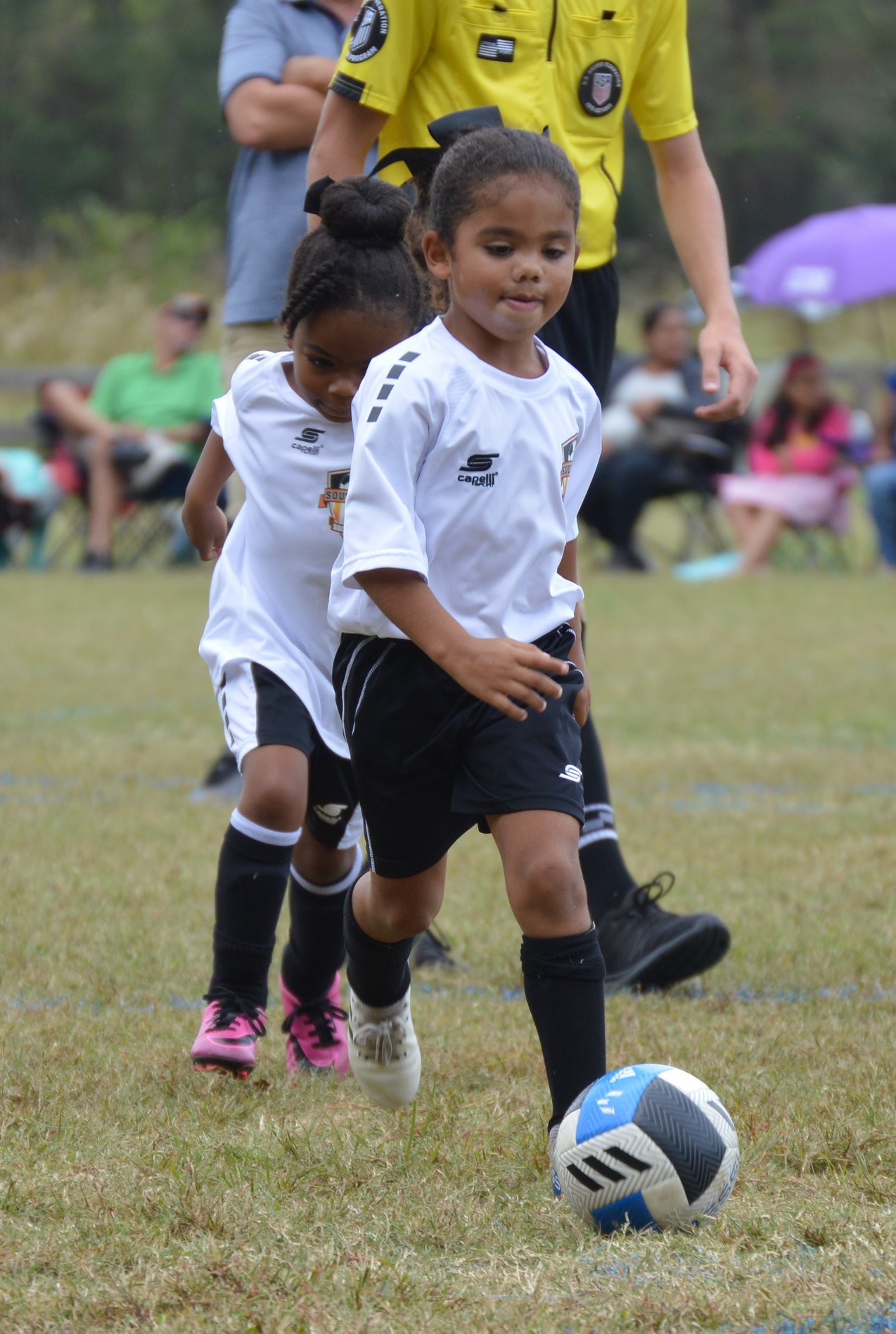 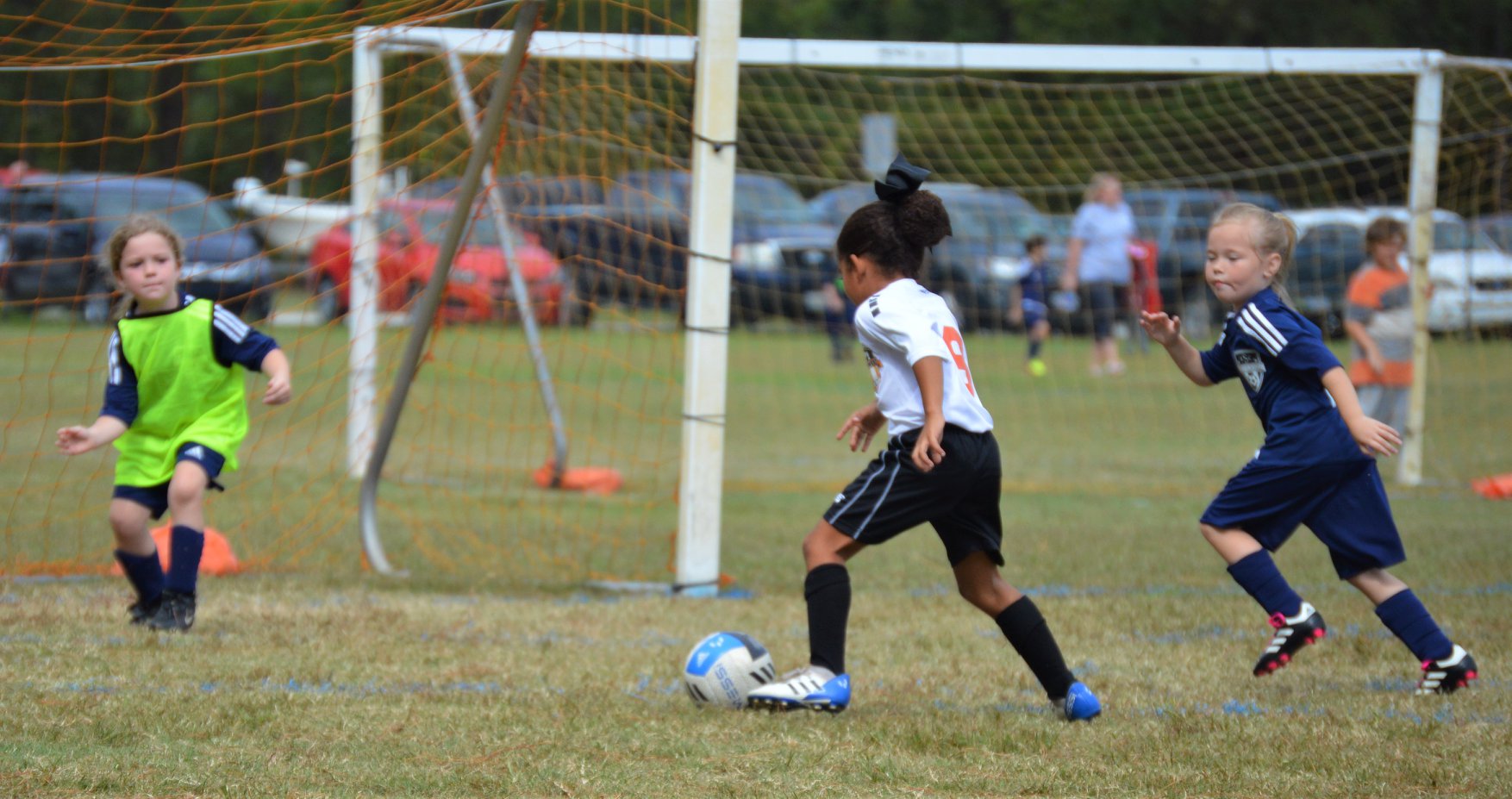 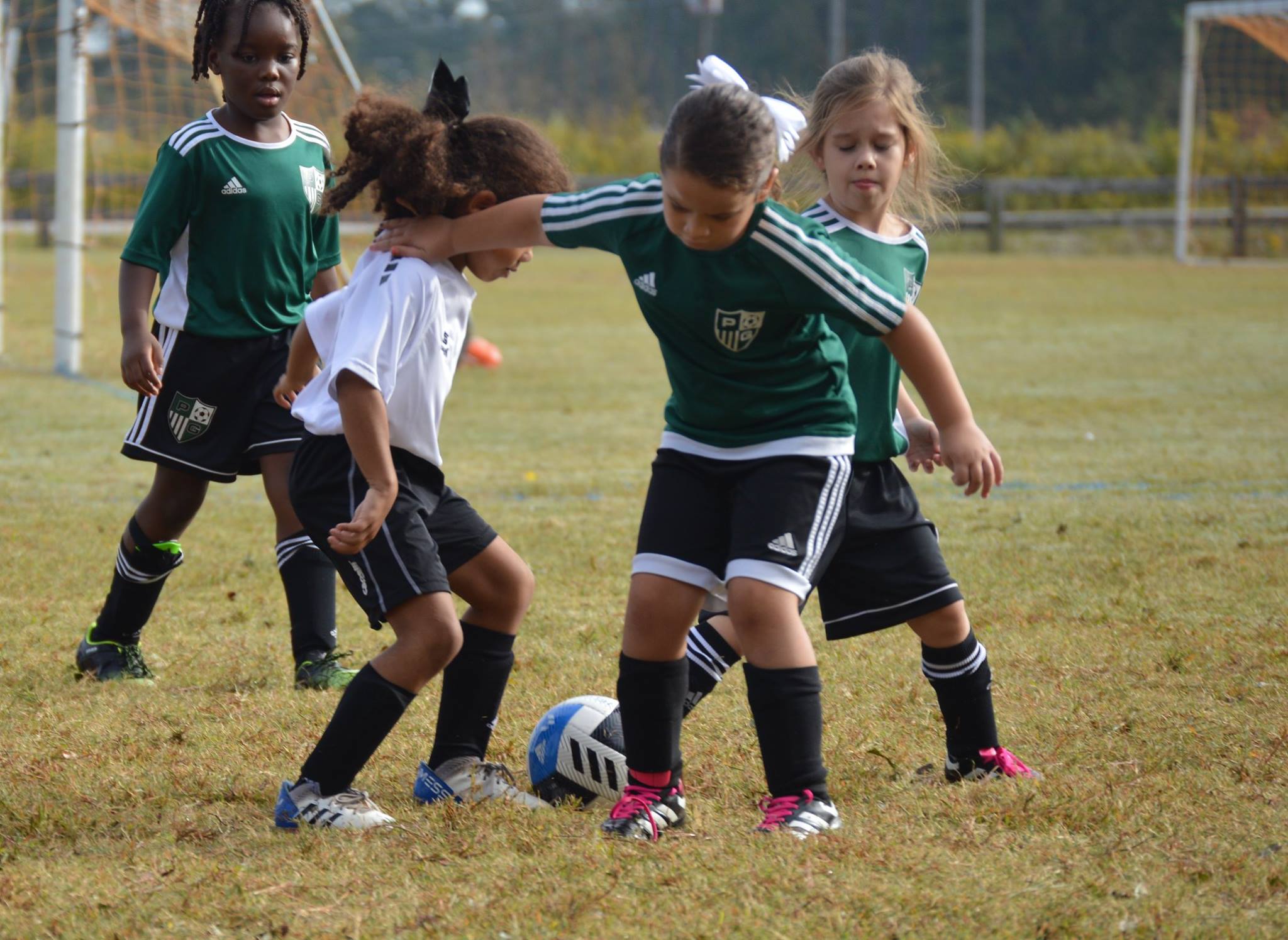 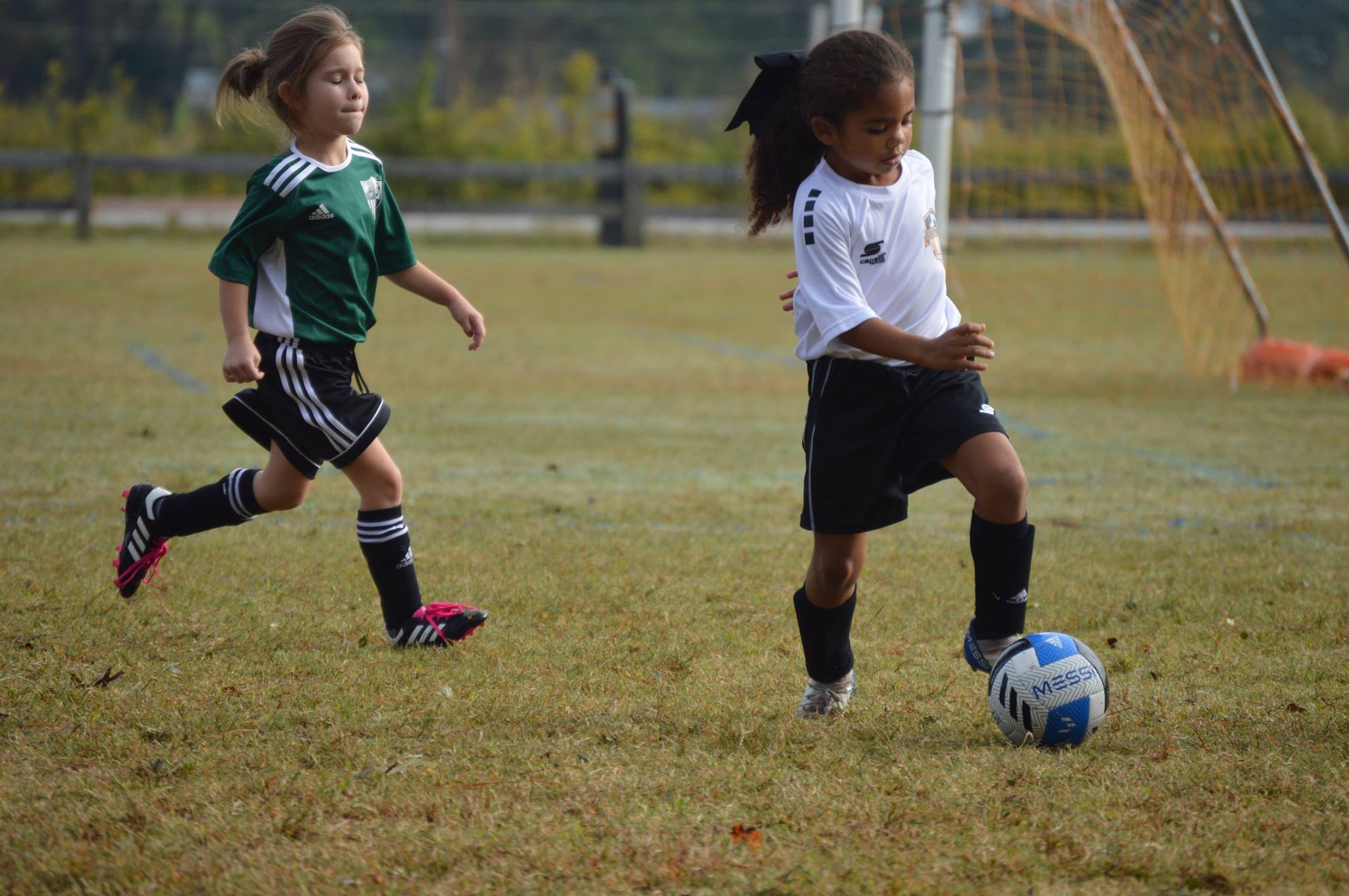 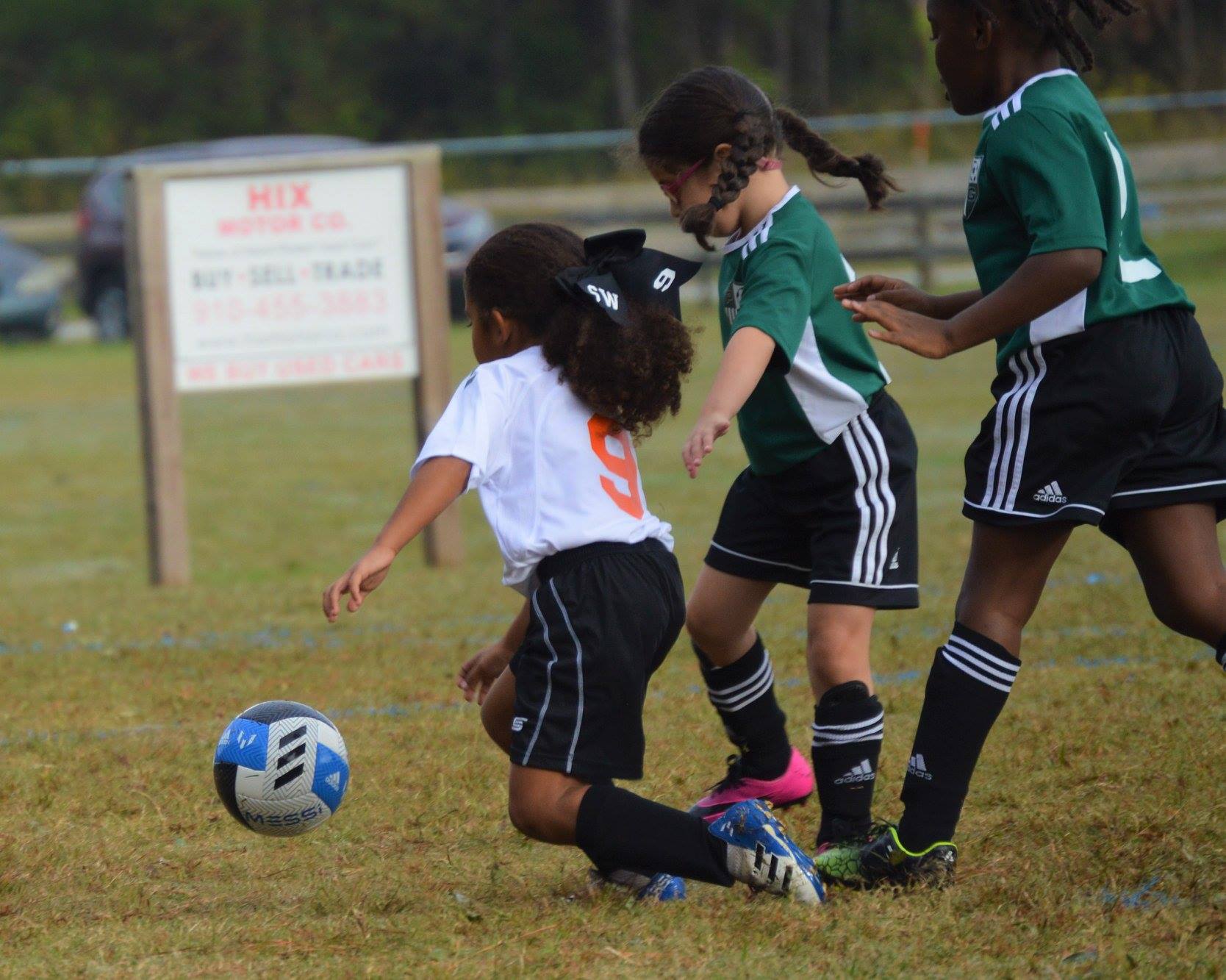 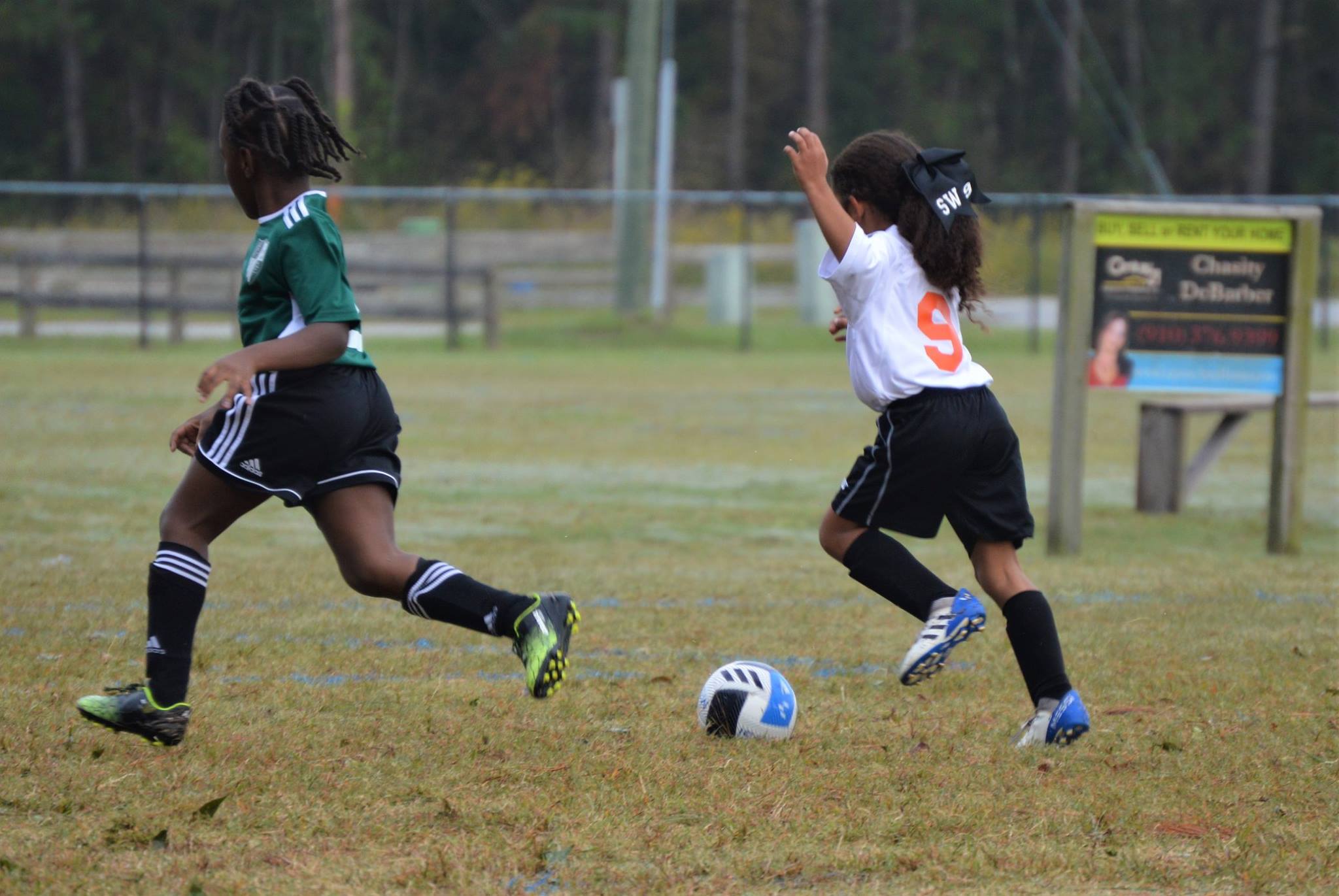 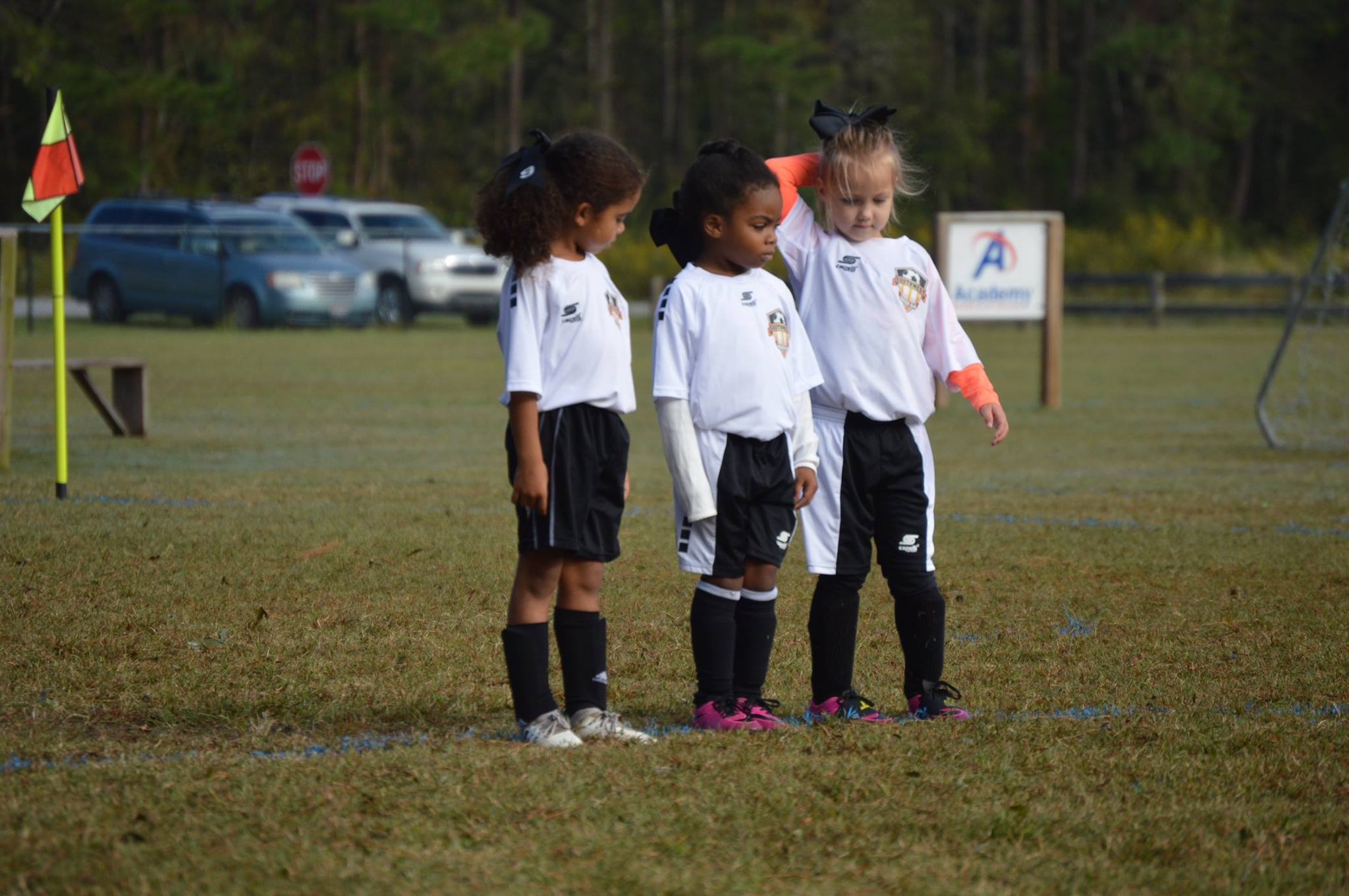 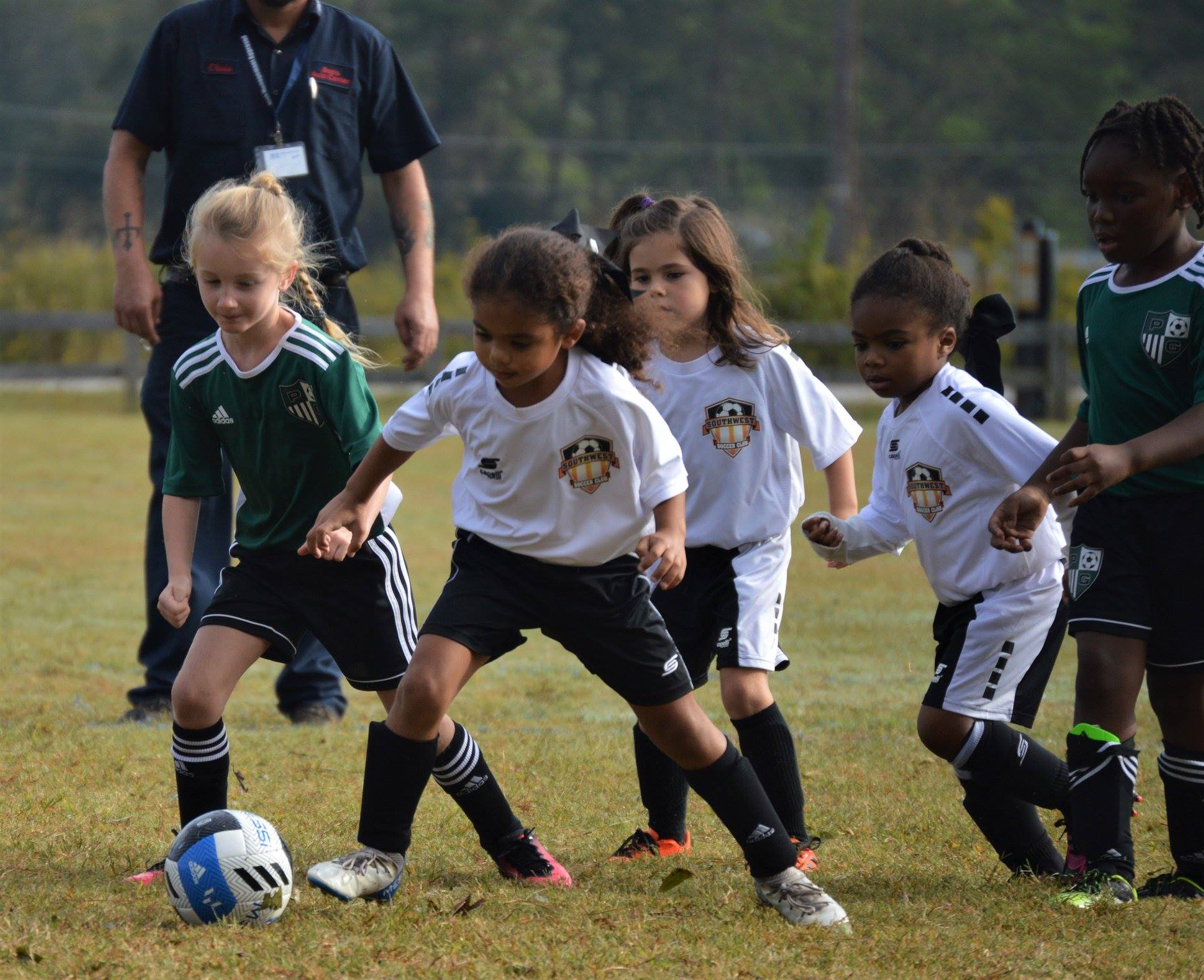 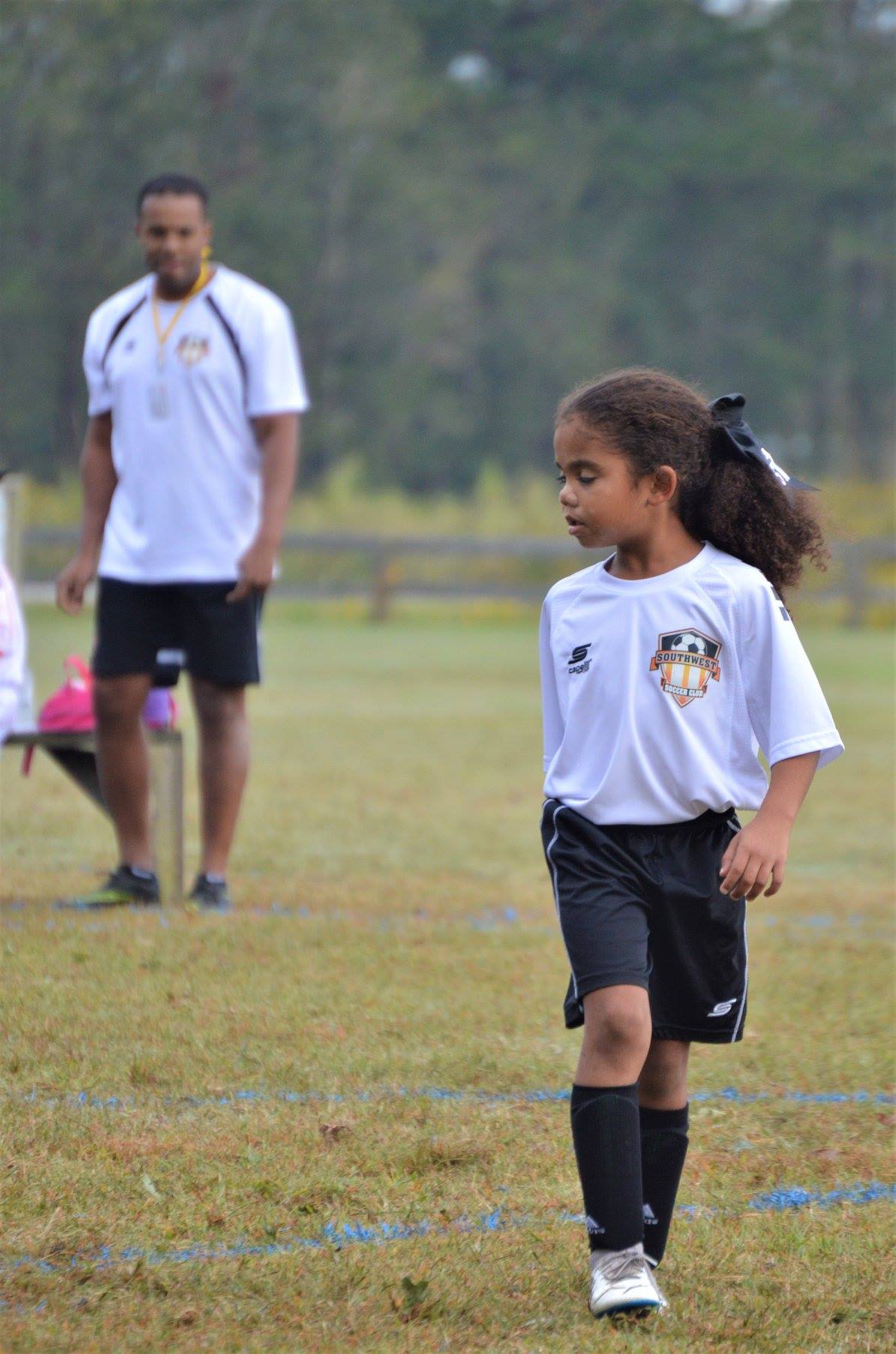 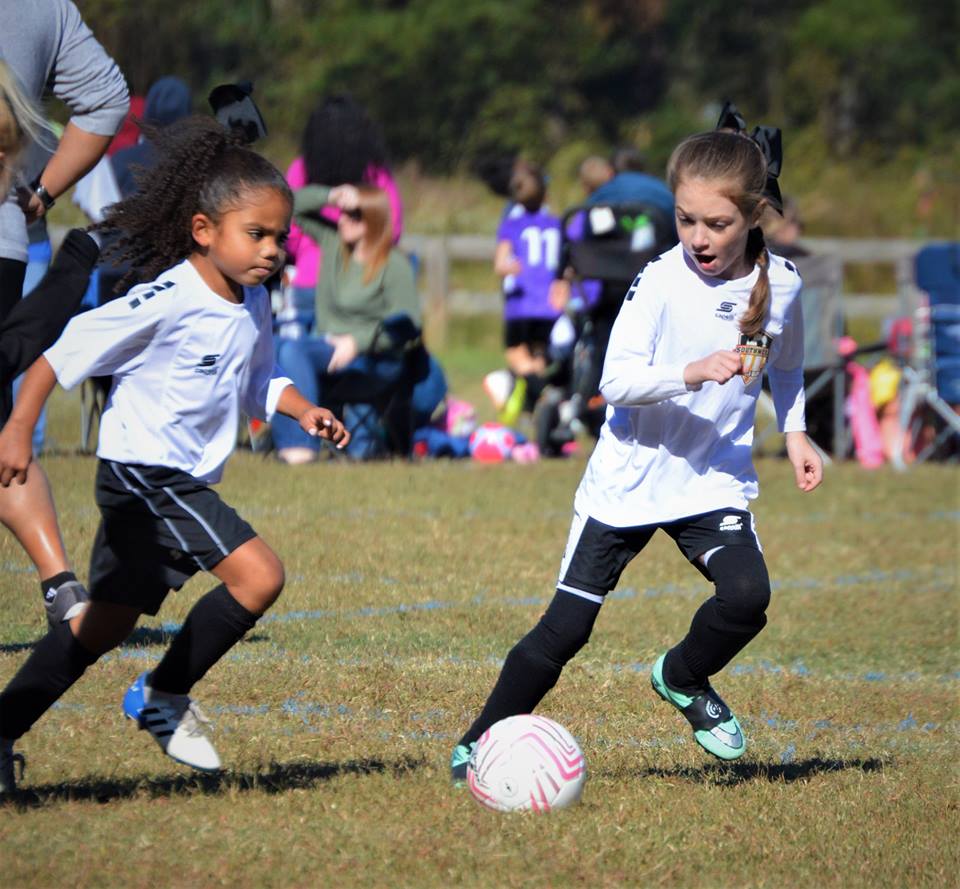 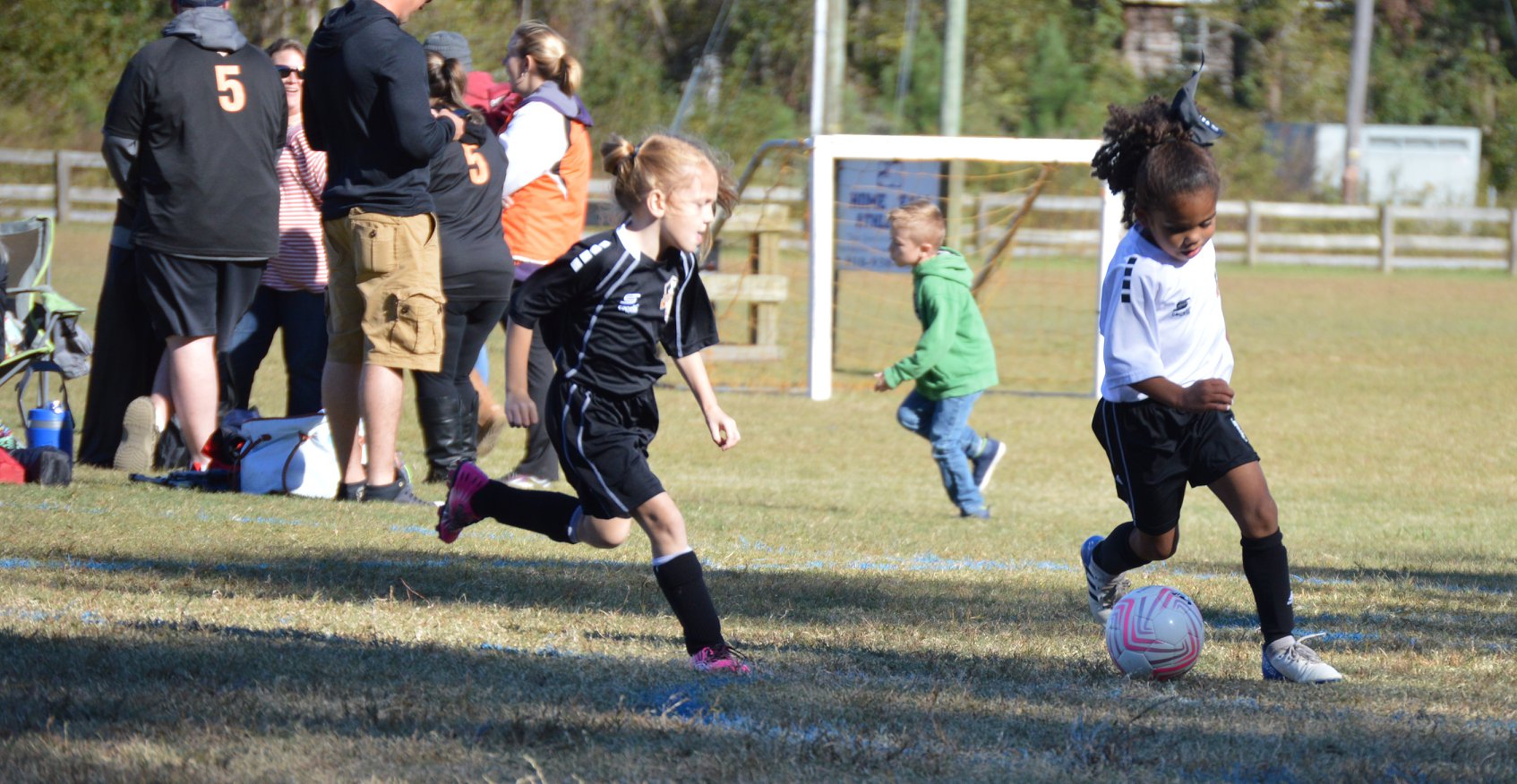 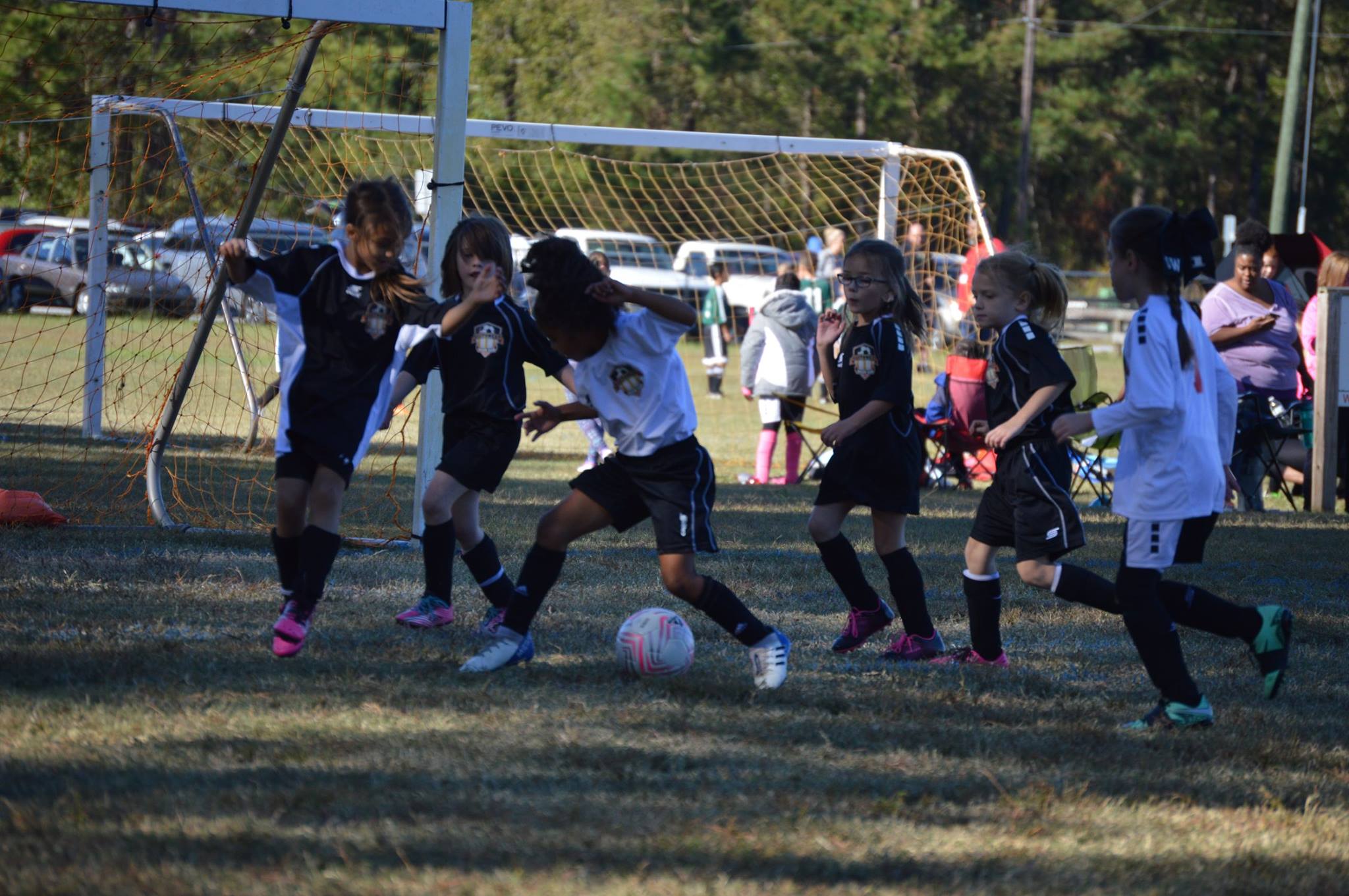 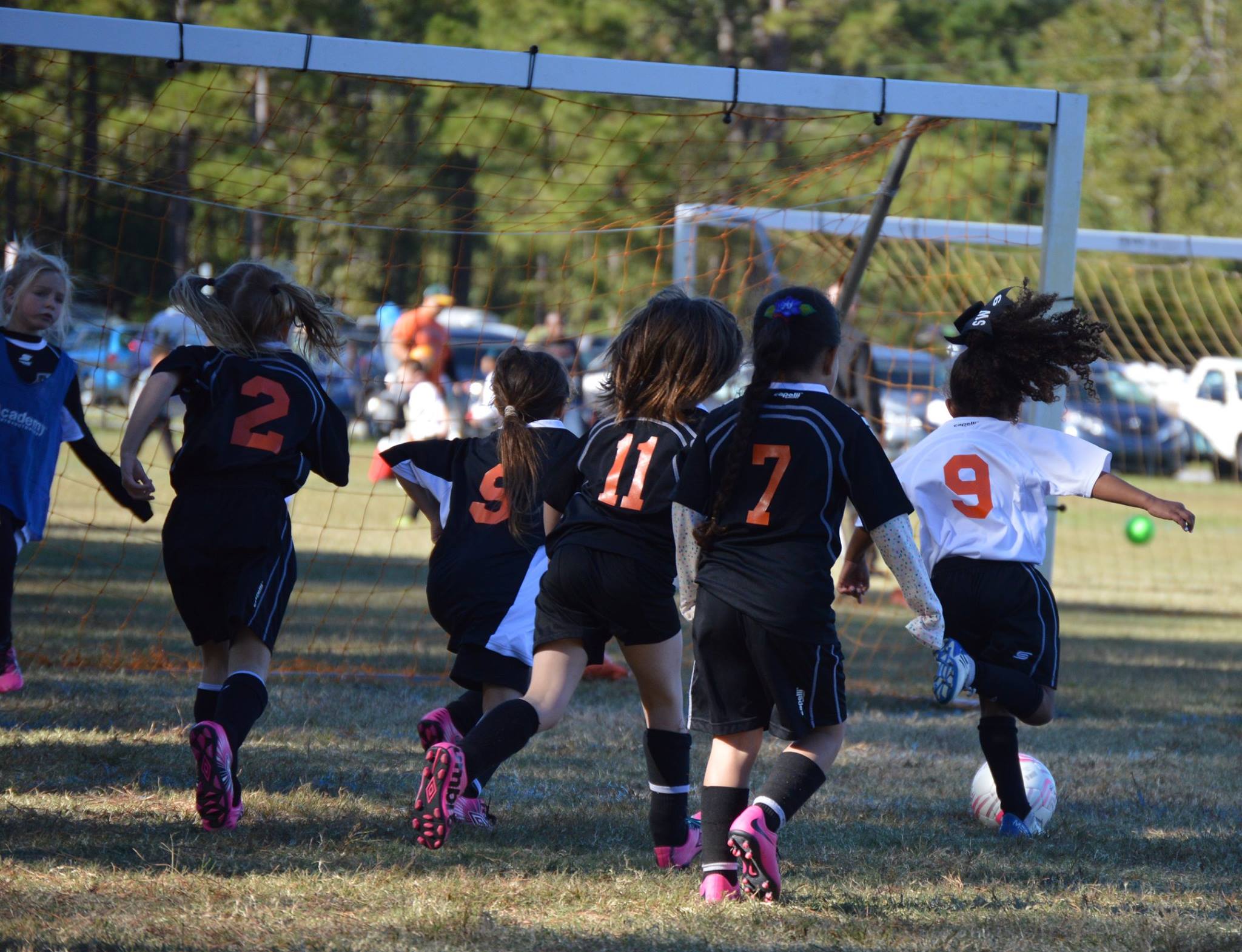 Ava attended the Wilmington Hammerheads assessments/evaluations for the Juniors Program on January 28-29, 2019. After the first session, she was accepted to be on a team.

“Our teams are formed based on ability and after watching her video, she may be better suited without 2010 girls that play 7v7 instead of our U8’s that play 5v5.” Justin Moose, Juniors Director.

Check out the Summer Soccer Camps blog post about these camps.

Ava did not participate in the Hammerheads Juniors Program this season due to learning of our military posting to Japan in December. Ava was the lead goal scorer in her age group in the league for the second season in a row, scoring over 50 goals in 10 games. The Lady Rockets were silver medalists in the ECSA Championship game at the end of the season.

More on this soon.

After a long winter of daily solo training sessions of 1-2 hours, we got a little (BIG) surprise in the inbox. The Director of the Wilmington Hammerheads invited Ava to join the Juniors Program in Edge training, team practices, and games.

Our family moved to Japan in early March so it wasn’t a lot of time but we took it. There were about 10 practice sessions and at least 3 games, which is a great amount of soccer. Ava was assigned to the roster of the Gunners which is a U9/U10 all-girls team. She was also a top goal scorer and played center mid. There are a few videos from games here.

Ava also practiced with the Lady Rockets 1-2 times a week but was not officially part of the team. We attended 2-3 of their games, as spectators, before we moved to Japan and before COVID-19 canceled the season.

Ava’s story is just beginning. Follow her journey – she has an amazing future ahead.